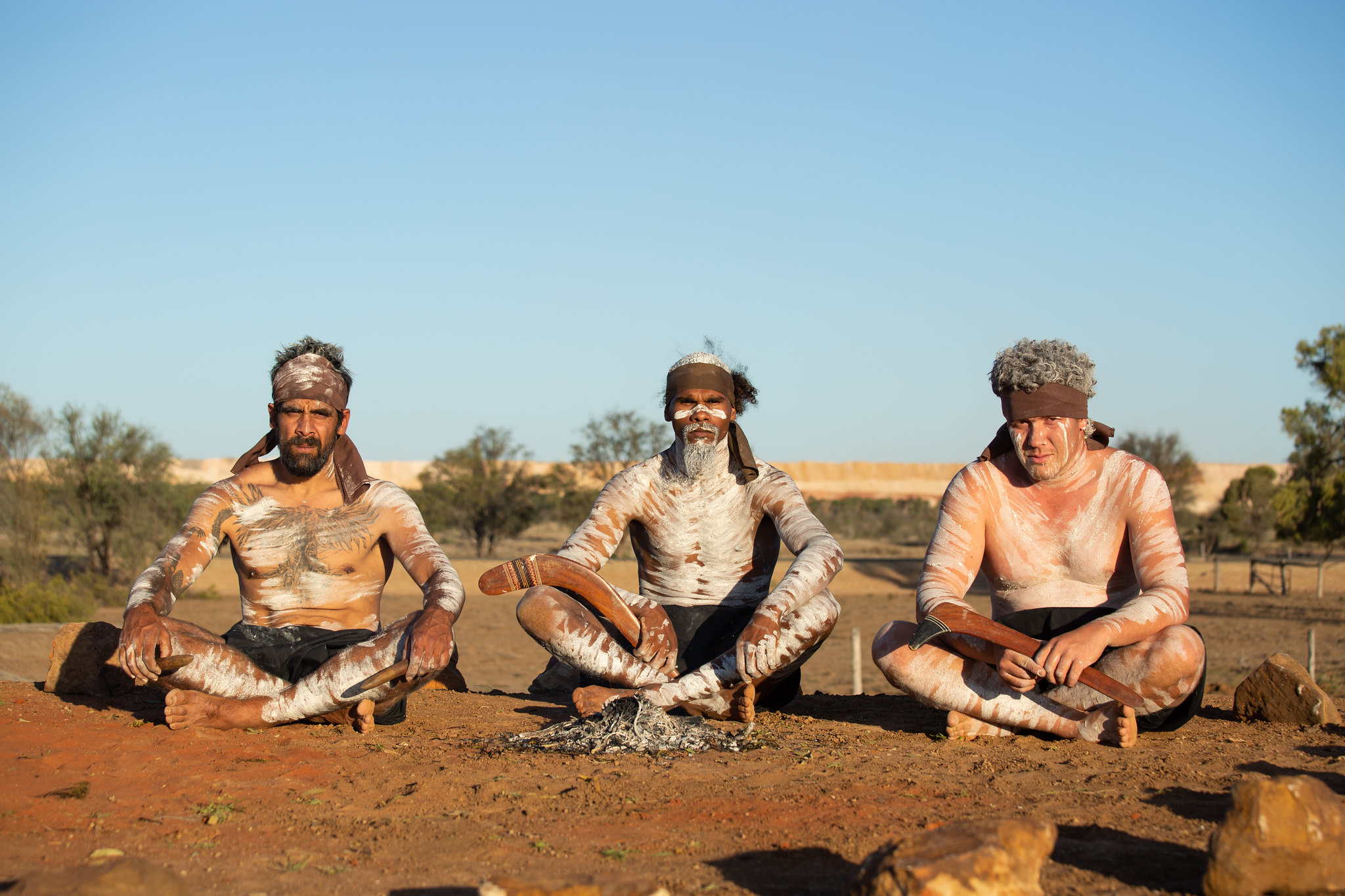 This is a case study to accompany Banking on Climate Chaos: Fossil Fuel Finance Report 2022, produced in collaboration with the Wangan and Jagalingou Cultural Custodians, Tipping Point Australia and BankTrack.

For tens of thousands of years, the Wangan and Jagalingou (W&J) people, have been living on their homelands that are now being threatened by the Carmichael coal project, in what is now known as central Queensland in Australia.

Wangan and Jagalingou people first said no to Adani’s proposed mega coal mine in 2012, and are fighting to protect their Country and culture from one of the world’s most controversial and biggest fossil fuel projects. Over its projected sixty-year lifetime, the mine plans to export 2.3 billion tonnes of coal and produce 4.6 billion tonnes of carbon pollution.

In 2015, the Wangan and Jagalingou Council penned a public declaration to all banks stating their concerns about the mine and requesting that banks respect that the Wangan and Jagalinagou people do not consent to the development of the mine, honour the Equator Principles, and commit to not fund the Carmichael coal project.

“The mine will tear the heart out of our country, permanently destroying our ancestral homelands, as well as sites and species we have held sacred for generations. This threatens the survival of our culture, and our ability to pass that culture onto our future generations.” – Wangan and Jagalingou Tribal elder, Adrian Burragubba

In 2015, elected members of the W&J Council, tribal elder Adrian Burragubba and his niece Murrawah Johnson travelled to the USA and Europe, successfully lobbying US and European banks to rule out financing the Carmichael coal project. In 2018, they travelled to South Korea, to meet with financial institutions invested in Adani’s Australian coal operations, successfully winning commitments for no further finance. W&J council directly lobbied Australia’s biggest banks, winning commitments to rule out financing the coal project, and policies to end all coal financing.

Pressure from the W&J Cultural Custodians has ensured that no banks or investors anywhere in the world will directly fund the Carmichael project. As of May 2022, over 55 financial institutions have ruled out financing the Adani mine directly.

The Adani Group were left to self-fund their toxic coal mine and started quietly shuffling investors’ money through their corporate empire to fund the mine by stealth. This means that anyone investing in any of Adani’s companies across the Adani Group is at risk of helping Adani destroy the climate and trash Indigenous rights – including banks like JP Morgan Chase, the biggest funder of fossil fuel projects in the world.

People-powered resistance successfully delayed the mega coal mine by 8 years and forced Adani to downscale from a AUS$26.5B to a AUS$2B project. Adani reached the first coal seam in 2021 and a small amount of coal is now being dug from the mine pit, and sent by rail over 400km to be shipped out via a port located on the Great Barrier Reef World Heritage Area.

Adani recently destroyed artifacts at a highly significant cultural heritage site and is pumping out billions of litres of groundwater, which threatens to dry up the Doongmabulla Springs, a desert oasis and most sacred place for the Wangan and Jagalingou people. The springs are the final resting place for Mundangarra – the Rainbow Serpent and Water Spirit. And so the resistance continues. For the last nine months, Wangan and Jagalingou Cultural Custodians have conducted a continuous cultural ceremony on the Adani Carmichael mining lease as a symbol of their ongoing opposition to the coal mine.

The ceremony is called Waddananggu, which means ‘The Talking’ in Wirdi language, and has been designed as a place for other tribes to come and visit, to talk with non-Indigenous people and to talk to financiers and insurers. It is located on Adani’s mining lease, 1km away from Adani’s mine pit.

This week – from August 22-26, 2022 – the W&J Cultural Custodians are celebrating with a 5-day gathering. The gathering, “Waddananggu Celebration: One Year of Reoccupation,” is open to the public and includes ceremonies, workshops, speakers and music, on Wangan and Jagalingou Country at the Waddananggu Ceremony – opposite Adani’s mine site.

“Waddananggu celebrates their one year of our resistance to the mining lease and Government approvals. Waddananggu symbolises the ongoing defence to protect the sacred Doongmabulla Springs and to return the land to the Wangan and Jagalingou people.

We will remain on the Carmichael mine site and continue to oppose the destruction of our homelands and sacred sites, defending our Human Rights. Our presence on-country is a constant reminder to Adani and all their investors, that we are still here and we are immovable.” – Coedie McAvoy, Wangan and Jagalingou Cultural Custodian

The Wangan and Jagalingou Cultural Custodians are calling on Adani’s major investors – HSBC, JP Morgan, MUFG and BlackRock to respect their right to say No to Adani and to rule out financing the Adani Group.

Take action by calling on Adani’s investors to dump the Adani Group and follow and donate to Wangan and Jagalingou Cultural Custodians to help them protect Country and culture.